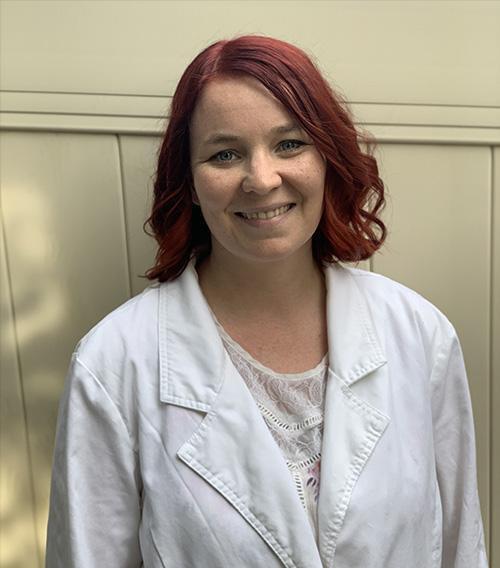 MS, CCC-SLP, Vocologist Angela Parker received her Master of Science in Speech Language Pathology from Western Kentucky University, where she graduated with honors, and her Bachelor of Science in Communication Disorders from Utah State University. She also holds a Master of Choral Conducting from the University of Southern California, where she was the distinguished recipient of the D’Addario Scholarship which rewards students for exceptional academic and artistic achievement. Finally, she holds a Bachelor of Music from the University of Utah in Vocal Performance and is an accomplished singer and performer in her own right. Angela taught choral music in the Utah State school system for eight years where her choirs won exceptional ratings at numerous state and national competitions. During that time, she also taught voice lessons and co-directed several school musicals. She also currently sings with the Salt Lake Vocal Artists under the direction of Brady Allred where she has traveled to Japan, Spain, Germany and China to perform for standing-room only audiences. As a soloist, Angela has performed in the Salt Lake and St. George Tabernacles and has soloed with the Utah Lyric Opera and Tuacahn Center for the Performing Arts. Angela recently received her specialty certificate from the Summer Vocology Institute as well as receiving a certificate in Myofascial Release from Walt Fritz. She has spent thousands of hours counseling and providing therapy to voice patients, and finds consistently good outcomes and regular improvement from her patients especially rewarding. She and her husband live in Utah with their four children. 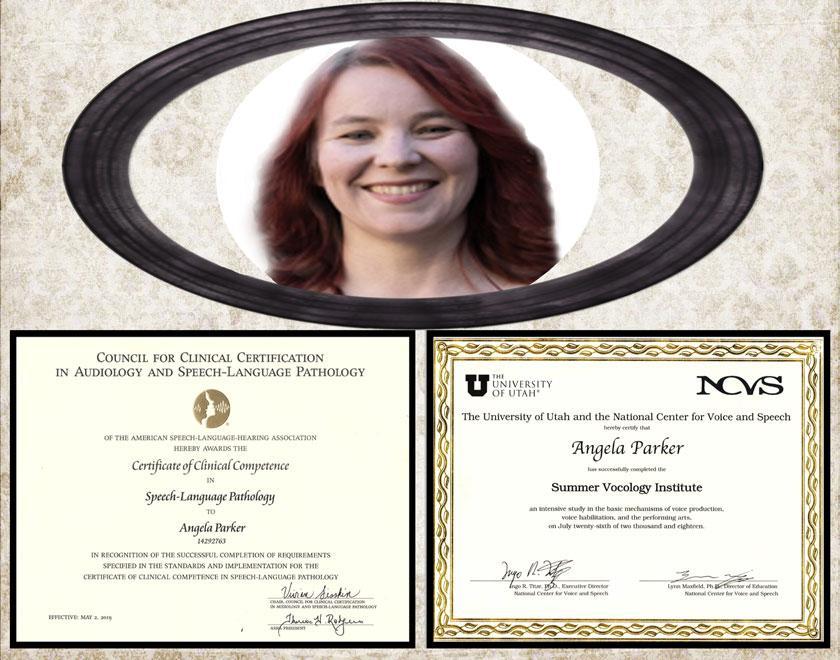